Planet 9 From Outer Space May Well Be Real

Yes, we have the full movie

Solar system may have 9 planets after all; Pluto still not one of them 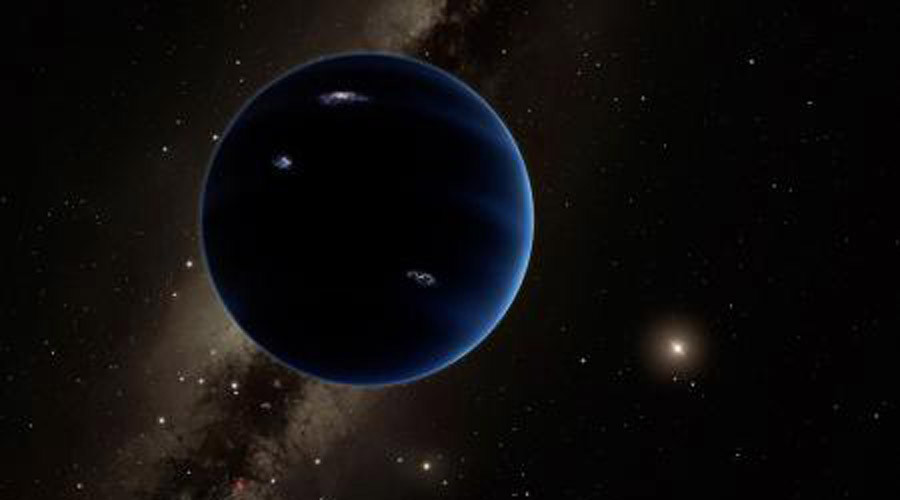 © caltech.edu
The mnemonic device that people used in the last millennium to remember the planets in our solar system ‒ My Very Enormous Mother Just Sat Upon Nine Pies ‒ may be correct again. But that P still won’t stand for Pluto. Instead it’ll be “Planet Nine.”

.Researchers at the California Institute of Technology (or Caltech) announced they have found evidence of a “giant planet tracing a bizarre, highly elongated orbit in the outer reaches of the solar system.” They dubbed the icy orb “Planet Nine.”

“This would be a real ninth planet,” Brown said in a statement. “There have only been two true planets discovered since ancient times, and this would be a third. It’s a pretty substantial chunk of our solar system that’s still out there to be found, which is pretty exciting.” 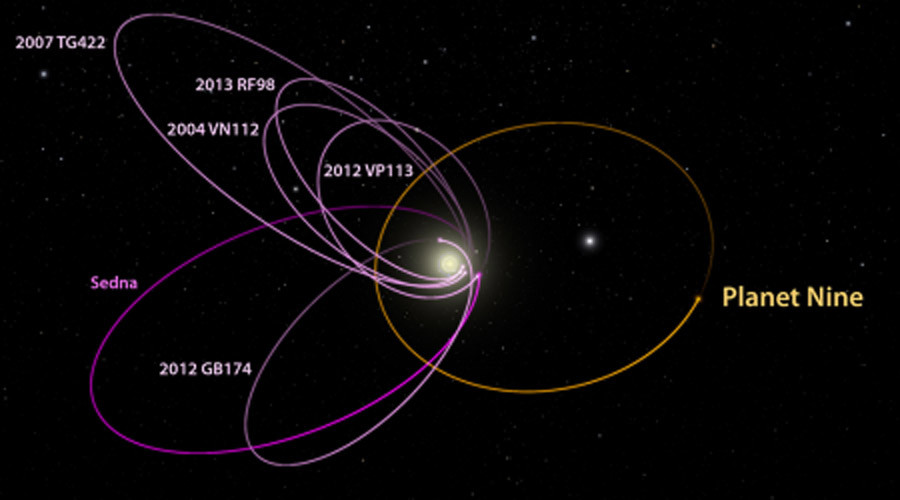 Planet Nine gravitationally dominates the outer reaches of the solar system, more so than any of the other known planets, making it “the most planet-y of the planets in the whole solar system,” Brown said.

“Although we were initially quite skeptical that this planet could exist, as we continued to investigate its orbit and what it would mean for the outer solar system, we become increasingly convinced that it is out there,” Batygin said. “For the first time in over 150 years, there is solid evidence that the solar system’s planetary census is incomplete.”

But its presence there would explain a number of mysterious features of the field of icy objects and debris beyond Neptune called the Kuiper Belt, they wrote in their paper published in the current issue of the Astronomical Journal. The six most distant objects in that area all follow elliptical orbits that point in the same direction in physical space ‒ a highly unusual and surprising pattern.

“It’s almost like having six hands on a clock all moving at different rates, and when you happen to look up, they’re all in exactly the same place,” Brown said, noting that the odds of having that happen are something like 1 in 100. The odds of them all tilting about 30 degrees downward in the same direction relative to the plane of the eight current planets in the solar system are even more astronomical, at about 0.007 percent.

“Basically it shouldn’t happen randomly,” Brown says. “So we thought something else must be shaping these orbits.”

“Your natural response is ‘This orbital geometry can’t be right. This can’t be stable over the long term because, after all, this would cause the planet and these objects to meet and eventually collide’,” Batygin said.

“Still, I was very skeptical,” says Batygin. “I had never seen anything like this in celestial mechanics.”

Another thing that Planet Nine helps explain is why our solar system doesn’t have the most common type of planet, as the potential planet would fill that vacancy. 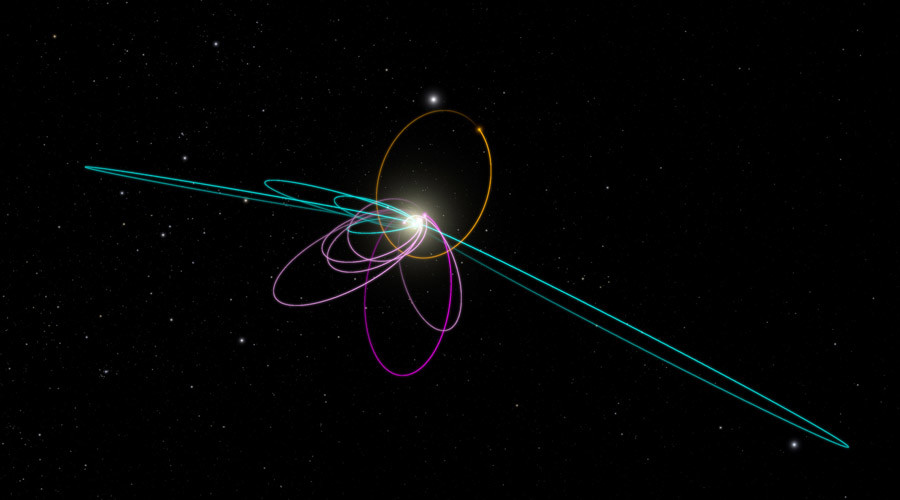 Brown, who played a significant role in the demotion of Pluto to a dwarf planet, hopes that this discovery will appease those people who are still upset about the 2006 announcement.

“All those people who are mad that Pluto is no longer a planet can be thrilled to know that there is a real planet out there still to be found,” he says. “Now we can go and find this planet and make the solar system have nine planets once again.”

Yet Brown doesn’t need to garner the glory that actually observing Planet Nine would give him.

“I would love to find it,” says Brown. “But I’d also be perfectly happy if someone else found it. That is why we’re publishing this paper. We hope that other people are going to get inspired and start searching.”