Let us look at facts and not fake history built on the evil of Zionist propaganda. 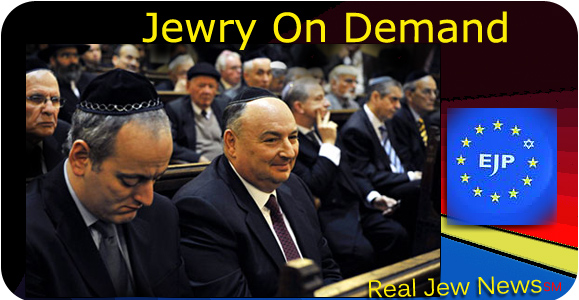 THE JEWISH SIEGE OF EUROPE is now in full battle maneuvers, engagement and encirclement.

Although the European Jewish Parliament is an obvious racist organization, the EU Parliament, which claims to represent ALL minorities, opened its doors to these Christ-Hating Jews by allowing them to hold their “inaugural” ceremony in its own headquarters in Brussels.

Hailed as a “great day” for Europe, 120 members of the European Jewish Parliament toasted their election with declarations of its marking an “historic event” in which “one assembly standing for one cause” further “empowers” European Jewry. Read More

How We Can Defeat Zio Globalism!

Will the White Race Survive?

A Devil in Disguise – Zionism and Its Threat to Christianity, Judaism & the World – Playlist

The Ten Planks of the Jewish Communist Manifesto

In the early 1960’s during the days of the “former” Soviet Union, Russian Premier Nikita Kruschev pounded his shoe on the podium of the United Nations and shouted to the West, “We will bury you!” Fearing an invasion from the Reds, America proceeded to build the most awesome military machine in history. Unfortunately

, we forgot to guard our political homefront from being taken over by socialist – communist – liberal activists who would gain office and destroy American law by process of gradually installing the Communist agenda within our legal system and separate branches of government.
The Communist program from the start has been one which sees their revolution of 1917 succesful only upon total domination of the world. Americans, being the most naive people among the nations, now believe that Communism is dead because the Berlin Wall and the Iron Curtain have been removed. The ironic truth is that Communism has just switched names to become more “politically correct”.

Today it is called international democracy. The reason that the Berlin Wall came crashing down is not because Communism is dead but because they have achieved the planned agenda to communize the West, including America. Washington D.C. has indeed become part of the New World Order of atheist governments. With the last vestiges of Christian law having been removed from “American government” over the last twenty years, there is no longer a threat of resistance against world Communism. In reality, “American government” became part of the Iron Curtain, thus there was no more need for the likes of a Berlin Wall.

Once again, in their foolishness, the American public has believed the lies of their “leaders” who applaud “the fall of Communism”, while they have sold out the country to anti-Christian, anti-American statutes and regulations on the federal, state, and local levels. Posted below is a comparison of the original ten planks of the Communist Manifesto written by Karl Marx in 1848, along with the American adopted counterpart of each of the planks. The American people have truly been “buried in Communism” by their own politicians of both the Republican and Democratic parties.

One other thing to remember: Karl Marx was stating in the Communist Manifesto that these planks will test whether a country has become commmunist or not. If they are all in effect and in force the country IS communist. Communism, but by any other name…??

Interesting article below by Politicalvelcraft

Vladimir Putin Speech: 85% Of The 1917 Soviet Government Was Made Up By Rothschild Zionist Khazars! 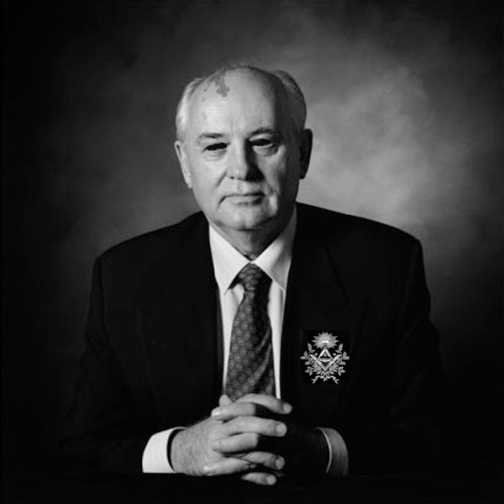 Soviet Communist Mikhail Gorbachev. He had to resign because the people were getting fed up with Rothschild’s communism bilking operations. Sovietism aka; Communism aka; Rothschildism fell When Gorbachev Was Ousted In 1991. Now This Son Of A Bitch Is In The U.S. Attempting To Institute Depopulation Like Mao Tse Tung’s China did & The WWII Ukraine’s Holodomor did Through Agenda 21.

Russian president Vladimir Putin has said that Jews made up “80 to 85 percent of the first government of the Soviet Union” following the Bolshevik Revolution of 1917.

Putin’s speech, made on June 13 2013, was reported by the official Jewish Telegraphic Agency in an article six days later dealing with Putin’s visit to the Moscow “Jewish Museum and Tolerance Center.”

According to the JTA report, Putin said with reference to a library belonging to Rabbi Joseph I. Schneerson, the late leader of the Chabad-Lubavitch movement, that he “thought about something just now: The decision to nationalize this library was made by the first Soviet government, whose composition was 80-85 percent Jewish.”

According to the official transcription of Putin’s speech at the museum, he went on to say that the politicians on the predominantly Jewish Soviet government

“were guided by false ideological considerations” and supported the arrest and repression of all faiths.”

On this latter point, Putin is of course incorrect, and he was probably avoiding the truth so as not to stir up a hornet’s nest against himself.

Anti-Semitism was made illegal and punishable by death, and the only time Lenin’s voice was ever recorded was to make a widely distributed record denouncing anti-Semitism as “counter-revolutionary.”

1913 – Jacob Schiff sets up Rothschild’s Anti Defamation League (ADL) in the United States.  This organisation is formed to slander anyone who questions or challenges the Rothschild global conspiracy as, “anti-semitic.”

Rothschild is not a practicing Jew by Judaism or By Blood Line. He is a common khazarian thug, but he likes to hide behind the word Jew as the coward he is when absconding people’s wealth.

In addition, the early Soviet government actually gave special privileges to Jews, which included the creation of a separate homeland meant for Jews only, called the Jewish Autonomous Oblast, situated in the Russian Far East.

The Bolsheviks established the autonomous oblast in 1934 to provide the Jewish population of the Soviet Union with a large territory in which to pursue Jewish culture.  According to the 1939 population census, 17,695 Jews lived in the region (16% of the total population). The Jewish population peaked in 1948 at around 30,000, about one-quarter of the region’s population. 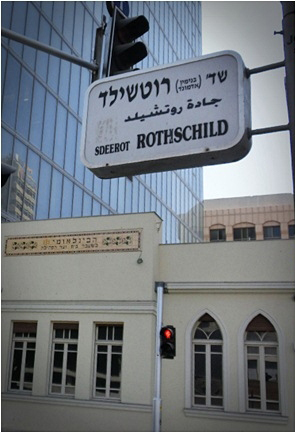 By then however, the closely-allied Zionist movement had decided firmly in favor of establishing a Jewish homeland by stealing Palestine from the Palestinian people, and the Jewish Autonomous Oblast saw a slow and steady decline in Jewish inhabitants. 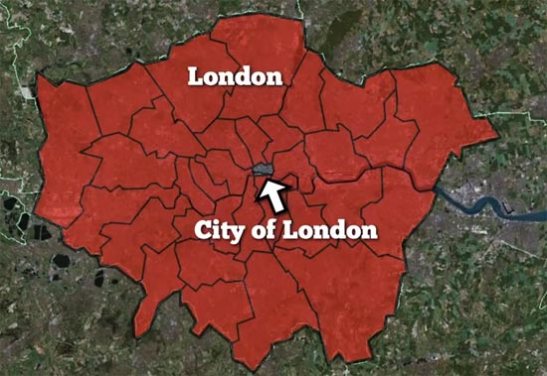 NWO Rothschild Offices Of The International Banking Cartel Located IN “The City Of London”. It IS Over 600 Acres Inside Greater London.

During this decade Mayer Amschel Bauer works for a bank owned by the Oppenheimers’ in Hanover, Germany.  He is highly successful and becomes a junior partner. Whilst working at the bank he becomes acquainted with General von Estorff.

Rothschild Finally Purchased This Property In 1948 In Palestine And Called It Israel Contrary To The Torah.

Rothschild Had Plans To Purchase This Property [For Jews] Well Before The Hitler Excuse In The Balfour Agreement. Rothschild Was Having His Difficulties Parasitizing Off Of Gandhi’s India And Ultimately Lost To Gandhi ~ Therefore The Cabal Needed A New State Host To Parasitize Off Of ~ Israel. 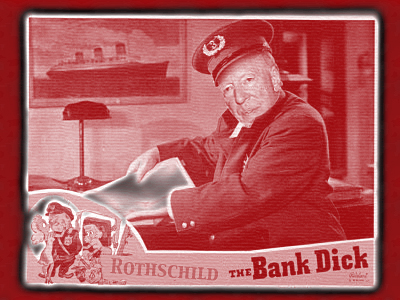 Israel In Reality Is Sentient And A People Not Land.

Rothschild Used His Red Hexagram And Simply Made It Blue For His Property Israel. He Called This The Star Of David But It Is Not Biblical. It Is The Star Of David Al-Roy A Zionist Khazar. Israel’s Star of David (interlaced triangles) symbol, is 2 overlapping triangels known as the Morgan David or Star of David. Not the David of the Bible or Qu’ran, but of David Al-roy a 12th century false prophet. It is also used by the Masonic Temple. So to better understand you could say Morgan Al-roy wine or Star Of Al-roy. 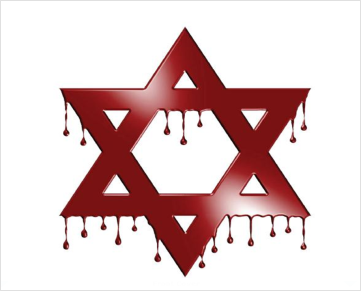 Rothschild’s Red Shield.
Rothschild Is A Khazarian Thug Who Also Changed His Named [Just Like Menahem Did In The 12th Century] But For Rothschild, It Went From Bauer to Rothschild. It Stood For The Red Hexagram That Was Above His Office In 1760.
Rot,” is German for, “Red,” “Schild,” is German for, “Sign ~ Put The Two Together And You Get Rot Schild ~ Throw In An H and You Have Rothschild. Tada!

The Secret Behind Communism